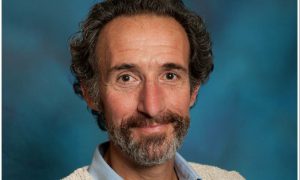 Dr. Daniel Shaw is the Director of the Center for Parents and Children and the Pitt Parents and Children Laboratory. He also serves as Distinguished Professor in the Department of Psychology at the University of Pittsburgh, with joint appointments in the School of Medicine, the Clinical and Translational Science Institute, and the Center for Social and Urban Research. Since receiving his Ph.D. in child clinical and developmental psychology from the University of Virginia in 1988, his primary interest has been studying the development and prevention of early problem behavior among at-risk children.  He currently leads or co-directs three NIH-funded, longitudinal studies investigating the early antecedents and prevention of childhood conduct problems and substance use.

His recent work applies an ecologically- and developmentally-informed intervention, the Family Check-Up, for low-income toddlers and older children at risk for conduct problems, while also continuing to follow a cohort of low-income boys from infancy through young adulthood, and using neuroscientific and genetic methods to further advance our understanding of the development and prevention of early-starting problem behaviors.

For his conceptual and empirical work on the development of young children’s conduct problems, he was awarded the Boyd McCandless Young Scientist Award by APA’s Division of Developmental Psychology in 1995 and more recently (2015), the Robert B. Cairns Award for Contributions to Developmental Science from the Carolina Consortium on Human Development. For his mentoring of trainees, he was also awarded the Friend of Early Career Preventionist Network Award by the Society for Prevention Research (2011).

Dr. Shaw is a Fellow of the Association for Psychological Science (APS) and APA’s Division 53 on Child and Adolescent Clinical Psychology (2005). He held three 5-year consecutive Research Scientist Awards from the National Institute of Mental Health and National Institute on Drug Abuse from 1999-2014, is Associate Editor of the journal Development and Psychopathology, has served on several editorial boards of journals (e.g., Child Development, Developmental Psychology), and has been a member of several expert panels convened by NIH. Dr. Shaw has more than 280 peer-reviewed publications on risk factors associated with the development and prevention of conduct problems from early childhood through adolescence.